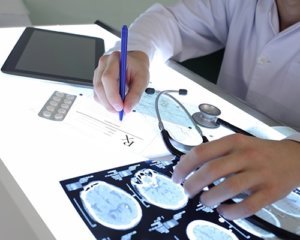 Disney is supposed to be the happiest place on earth. Yet, for one Florida woman, her trip to Disney World Resort became a living nightmare that she’ll continue to pay for throughout the rest of her life. Lisa Dixon, who is in her 30s, was attacked by an unidentified bird during her visit in May 2017.

Ms. Dixon recently filed a lawsuit against Disney because of the injuries caused by the bird attack. According to her lawsuit which was filed in Orange County, Florida, Ms. Dixon was diagnosed with a traumatic brain injury (TBI) and herniated discs in her neck because of the force of the bird attacking her head. She is seeking an excess of $15,000 for her injuries.

Ms. Dixon’s lawsuit alleges that Disney neglected to warn visitors of the potential dangers of visiting the resort during the season when certain birds may be nesting. She alleged that in 2016, she walked on the dock located at Polynesian Village Resort where the boats dock to take visitors to other areas of the park when she was attacked by the bird.

In January 2018 at Disney’s Animal Kingdom, a snake fell out of a tree and onto a group of guests. It bit an eight-year-old boy and terrified the grandmother. The grandmother suffered a heart attack and subsequently died.

Everyone remembers the sad incident in 2016 when Lane Graves, who was only two years old, was visiting Disney World’s Grand Floridian Resort and Spa with his parents. While near the water, Lane was the victim of an alligator while visiting the shores of Seven Seas Lagoon with his parents.

The above, including Ms. Dixon’s experience, is only a drop in the bucket of the injuries and deaths occurring at Disney World.

What Is a Traumatic Brain Injury?

A traumatic brain injury (TBI) is an injury to a brain that occurs because of an outside force. For example, the bird that hit Ms. Dixon in the head. Her lawyer stated that the bird hit her with the force of a baseball. TBIs are classified as mild or severe. Regardless of the classification, they present a medical emergency.

Mild traumatic brain injuries are known as concussions, minor head trauma, minor head injury, or minor brain injury. It may not immediately present symptoms after an accident or immediately diagnosed. Severe traumatic brain injuries cause permanent damage. Often, a severe TBI is diagnosed when the victim is unconscious because of the injury. The time the victim is unconscious can vary, but it can be as long as several hours.

TBIs, regardless of how they are classified, can have a serious impact on the life of the victim and their family. If you were hurt in an accident and you were diagnosed with a traumatic brain injury, the Law Office of Julie Johnson may be able to help you protect your legal rights and get you the compensation that you deserve for your injuries, time lost from work, and for your medical bills. We provide free initial consultations. Call us at 214-290-8001 to schedule your consultation immediately.