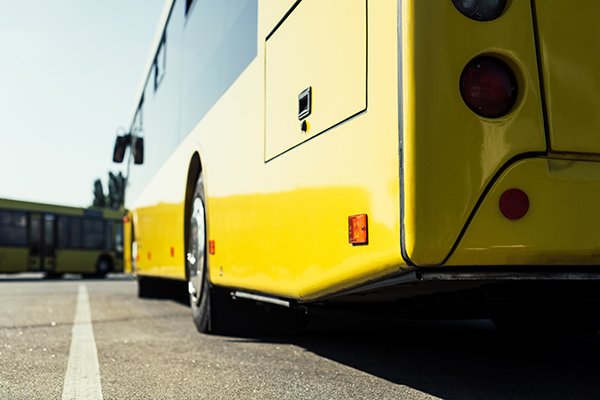 An accident involving a Trinity Metro Bus in Fort Worth killed one person and caused serious injuries for two others around 5:00 A.M. on August 14, 2019. The Tarrant County medical examiner’s website named the deceased as 60-year-old Luis D. Hernandez, a Fort Worth resident. The identities of the two additional parties who were seriously injured weren’t released to the media. The accident is still under investigation as of August 15, 2019.

Bus Accidents: Who Is Liable in Texas?

As the news story illustrates, an accident involving any sort of large vehicles, such as a bus used for public transportation, can cause both serious injury and death. However, determining liability in a bus accident that happens anywhere in Texas is more difficult than two private citizens involved in a car accident of some sort.

The first consideration is the commercial driver. There are some important questions that must be answered. How long was the driver behind the wheel at the time of the accident? Federal rules set forth by the Federal Motor Carrier Safety Administration apply to Texas bus drivers. Drivers are only allowed to drive for a certain amount of time before they are legally required to take a break. Of course, it’s important to consider the entity that actually owns the bus and employs the driver. The entity may have demanded or pressured the driver to stay behind the wheel longer than federally prescribed.

Was the driver distracted in some way? The most common form of distracted driving in Texas bus accidents is cell phone use while driving. Federal Motor Carrier Safety Administration regulations also determine when a driver may and may not use their cell phone while they are behind the wheel.

Was the driver under the influence of something? This doesn’t have to necessarily be what we all think of when we hear about driving under the influence. It could be alcohol, but it could also be a prescription or even over-the-counter medications taken as prescribed. Drivers with a CDL have a higher standard of professionalism. As such, their blood alcohol content may be no higher than .04%, which is approximately half of the level for drivers with a license to drive a passenger vehicle.

Another consideration is the entity that owns the bus. Was the bus properly maintained? Even if the bus has the proper maintenance log, where the repairs made with defective parts? If defective parts were used, the entity and even the company contracted to perform the maintenance may not have known that the part or parts used were faulty.

An additional consideration is the other driver or drivers involved. They may have some liability for the accident. Like other car accidents, Texas uses comparative negligence when determining liability in bus accidents. If someone is found to be 51% or more liable for the accident, that individual is not entitled to financial compensation.

Although bus accident victims may be entitled to compensation for their medical bills, time missed from work, temporary or permanent disability, property damage, pain and suffering, and final expenses, insurance companies aren’t always motivated to treat victims fairly. An insurance company, let alone the entity that owns and operates the bus line, is interested in their bottom line and paying out as little as possible in many instances.

When victims or their families settle with an insurance company or the entity that owns the bus line without first having the settlement reviewed by a Texas bus accident lawyer, they could sign away valuable legal rights and they may not get what the claim is worth. Victims and their families may lose the right to sue or to have future expenses related to the accident, such as future medical expenses, covered.

The Law Office of Julie Johnson takes pride in having helped accident victims and their families for more than 20 years. We help bus accident, car accident, truck accident, and motorcycle accident victims and their families get fair treatment from the insurance company. When negotiation doesn’t work, we zealously fight for our clients in court. If you or someone you love was hurt in an accident in Texas, the Law Office of Julie Johnson is here to help. We want to talk to you about your potential claim. Texas limits your ability to make a claim for an accident of this nature to two years from the date of the accident. It’s important that you don’t wait to call us. The first consultation is free. Call now: 214-290-8001.

© 2020 by LAW OFFICE OF JULIE JOHNSON, PLLC. All Rights Reserved.